The Adam Mickiewicz Institute and the Tadeusz Kantor Foundation present the newest project from Auriea Harvey and Michaël Samyn (Tale of Tales artistic collective). Cricoterie is an interactive project, using VR technology, that draws on the heritage of one of the greatest artists of Polish theatre, combining state-of-the-art solutions from the worlds of culture and digital entertainment.
As a work, Cricoterie is a VR program exploring the characteristics of this artistic medium and its status in the context of other fields of art. The project emerged as a result of a study visit to Poland by Tale of Tales, during which the artists became fascinated with the heritage of the legend of Polish avant-garde theatre. Next they spent a month in a residency in the Tadeusz Kantor and Maria Stangret artists’ house in Hucisko, where they worked intensively on developing the program. 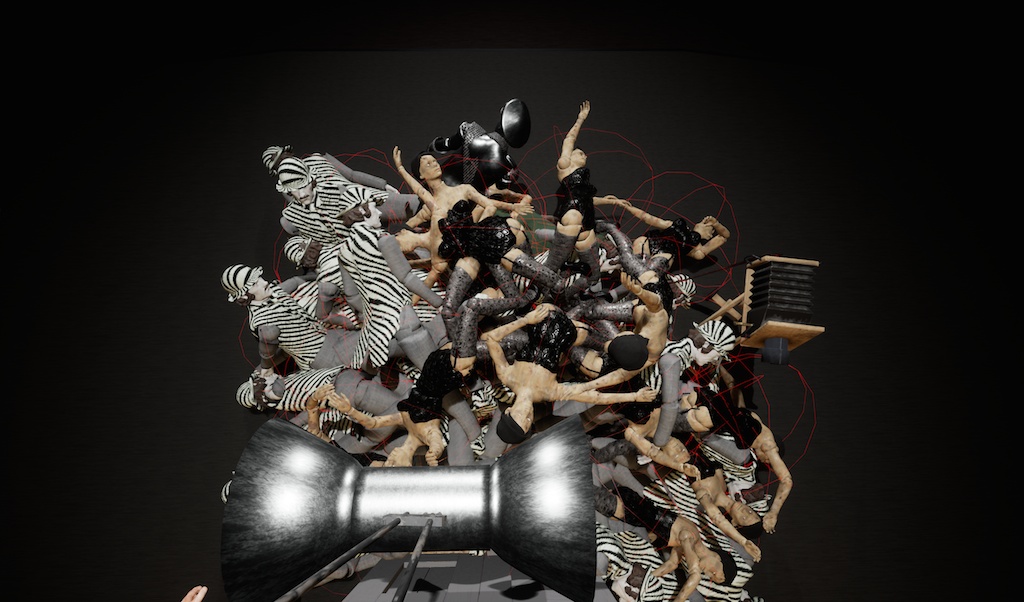 It is very important that Cricoterie is not an homage to Kantor. In the case of Cricoterie it turned out that the attributes of theatre, and in particular of Kantor’s theatre – with the use of mannequins, and the presence on the stage of the author himself, intervening in the show – corresponded ideally with the field of virtual reality, whose possibilities the artists were exploring. The problem of the status of objects in the VR space turned out to be very inspiring for the development of this project. Particularly when those objects are mannequins from the theatre of an avant-garde legend.

This is how Harvey and Samyn describe Cricoterie:

In cyberspace, everything is dead. None of the things created using a computer is alive. Some of them are three-dimensional, like us. Others breathe, like us. They look very real. Not like the people or objects that fill our tangible universe. Not like ideas, concepts, feelings or fantasies. Not even like far-off planets and stars, barely visible out there somewhere. They’re present here and they’re real, though they exist in a reality that we can only visit, but never really inhabit.

It’s precisely this kind of sentiments that drew us to the theatre of Tadeusz Kantor. On the Cricot2 stage all objects were equal. Blackboard, equipment, actor, mannequin. All were elements of the image that was created by the director, constantly present on the stage: Tadeusz Kantor. His art resembled research, exploration of memories, images, collective and individual symbols. An experiment consisting in collecting things in a single place, to see what would happen. What happens in the middle of this experience.

The program Cricoterie was created under the influence of inspiration by Kantor. But it’s not a reconstruction, a documentary or a tribute. We shamelessly ripped off his art, to create our own.

During the premiere in Teatr Studio (22 September at 11 am) it will be possible to personally experience the project and take part in a conversation with the artists, Auriea Harvey and Michaël Samyn. There will also be a discussion on the remix of heritage and the use of technology in the theatre, with the participation of Magda Szpecht, Dawid Mlekicki and Sandra Frydrysiak.
The creators of Cricoterie will also take part in the second edition of the Digital Cultures conference, which the Adam Mickiewicz Institute is organising on 24 and 25 September in the Iluzjon Cinema in Warsaw. 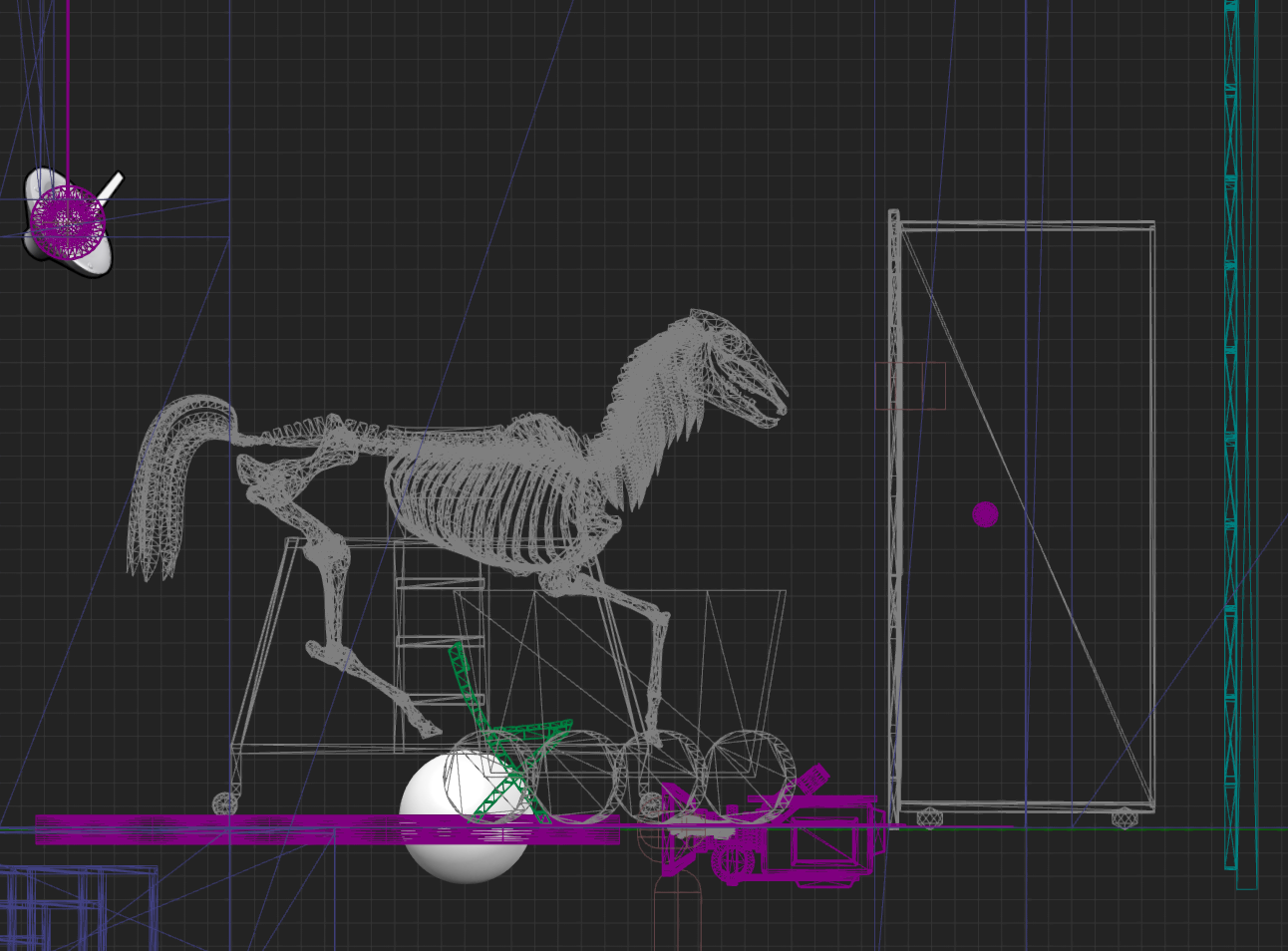 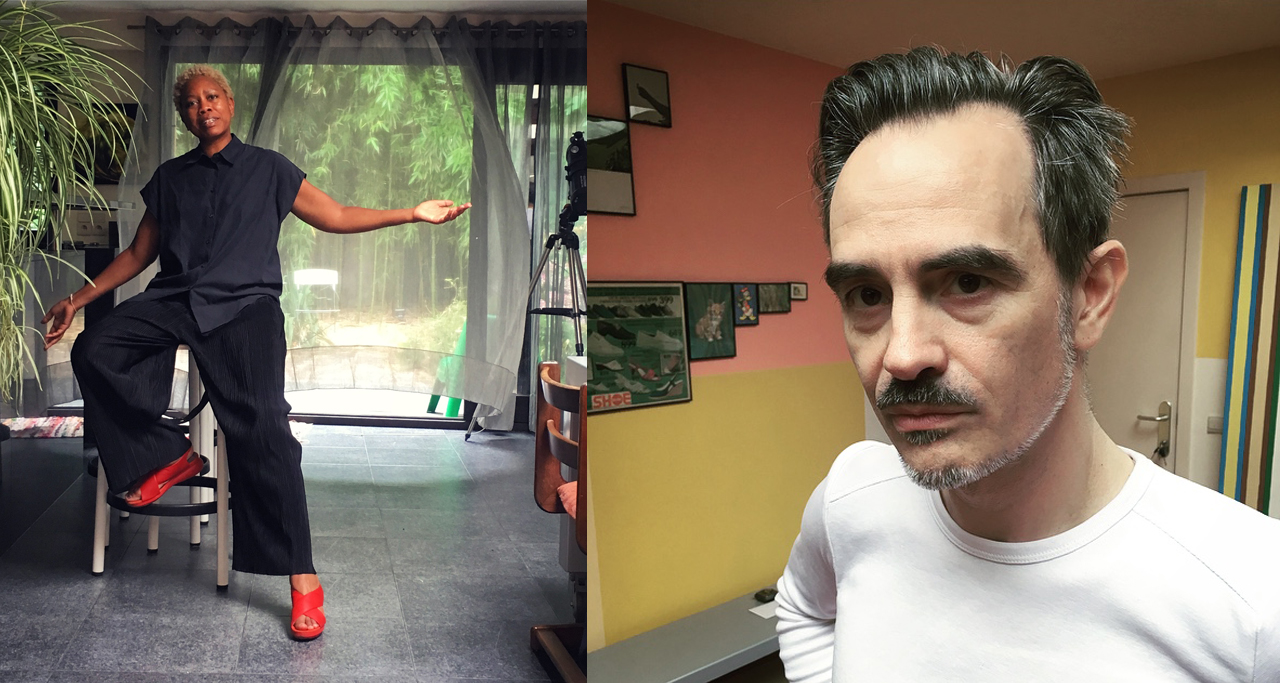 Auriea Harvey and Michaël Samyn met over the Internet, back when that still meant something (in 1999). They designed websites and created net art under the label Entropy8Zuper!, and in 2000 were awarded with SFMOMA Webby Award. For more than 10 years they worked in independent video game production, operating the studio Tale of Tales. A few years back they gave up the world of video games, to discover new dimensions of the artistic potential of computer technology as Song of Songs. Their works can be found in numerous collections, such as San Francisco MoMA, M HKA Antwerpen, Shannah Collage of Art and Design, Triennale di Milano.
They live and work in Ghent, Belgium.

The Tadeusz Kantor Foundation was established in 1994, after the artist’s death. The goal of the foundation is to preserve his artistic heritage, making it accessible to the broad public and supporting the most valuable new artistic initiatives, as well as carrying out research in the spirit of artistic and intellectual freedom. The Foundation runs the Tadeusz Kantor and Maria Stangret House in Hucisko.

The project is part of the POLSKA 100 international cultural programme, coordinated by the Adam Mickiewicz Institute and carried out as part of the INDEPENDENCE Multi-year Programme for 2017-2021.

Funded by the Ministry of Culture and National Heritage as part of the INDEPENDENCE Multi-year programme for 2017-2021. 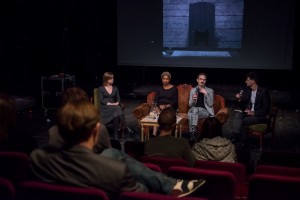 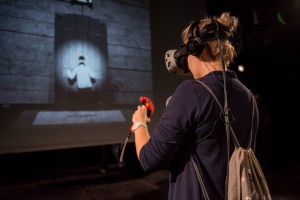 More photos from Cricoterie premiere at Teatr Studio in Warsaw