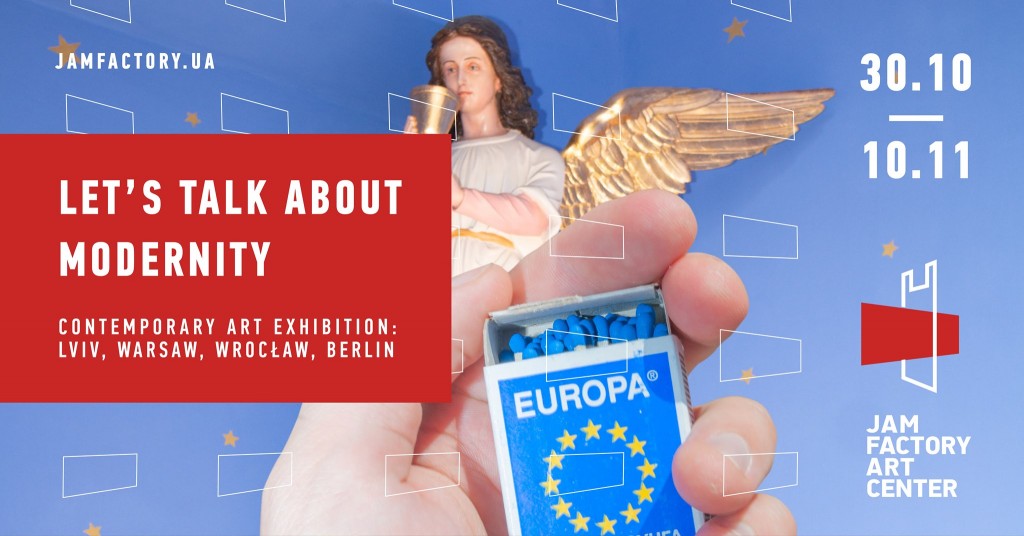 This project is a collaboration between Tadeusz Kantor Foundation, Krupa Gallery, and the hosting art center in Lviv – Jam Factory Art Center. The initiative brings together artists from Poland, Ukraine, and Berlin, in a new artistic institution in Lviv.

The exhibition Let’s Talk About Modernity – 24H Extended is the event from the series „24 H“. The series, organised by Krupa Gallery, has started three years ago, in 2017 and until now has taken place in various cities such as: Warsaw, Wrocław, Gdańsk, Nürnberg, Lublin and Poznań.

The primary idea of the series concentrate on a short artistic action, which are organised in venues not necessary suited to present art. Many of them were in process before transition, another were just after it, starting a new chapter in their life.

In all the exhibitions the focus was put on going out from traditional and classical exhibition rooms: from museums or galleries, and confront the artworks with new surrounding, which often became an unusual background for the works, opening them for a new way of interpretation.

Another important aspect of all the 24H events was a connection between two cities: between this, in which the exhibition was organized and another, foreign one. Because of its international and vibrant art scene, Berlin has been chosen as a partner city. It was an opportunity for artists to show their works often for the first time in a totally new context of the city they didn’t know well and artists they have just met.

Jam Factory Art Center is located in the industrial site of neo-Gothic style with a rich history, from Joseph Kronik’s alcohol producing factory (since the second half of the 19th century) to the workshop for processing vegetables and fruits in Soviet times, where the “Jam Factory” name has come from, that builds connotations with experiments and creativity.
At the initiative of cultural philanthropist Harald Binder, in 2015, Harald Binder Cultural Enterprises (HBCE) purchased the complex to create a multidisciplinary art space. This occurred when the Jam Factory Art Center was established, whose institutional activity began at the end of 2017.

Since 2018, the team has been working on the art center strategy, in particular its organizational development – creation of a contemporary art institution, and on the architectural project for the renovation of the former factory premises.
Jam Factory Art Center team is committed to implement its vision: opening an interdisciplinary center of contemporary art in the revitalized space of Jam Factory premises, which through its educational activities, exhibitions and research will reflect current processes in Ukrainian and international art and culture, and will open opportunities for public dialogue.The artists invited come from Lviv but also from three other cities: Berlin, Warsaw and Wroclaw. Apart of the Lviv artists of course, for many others it will be the first time to show their work in this city and even first time in Ukraine. 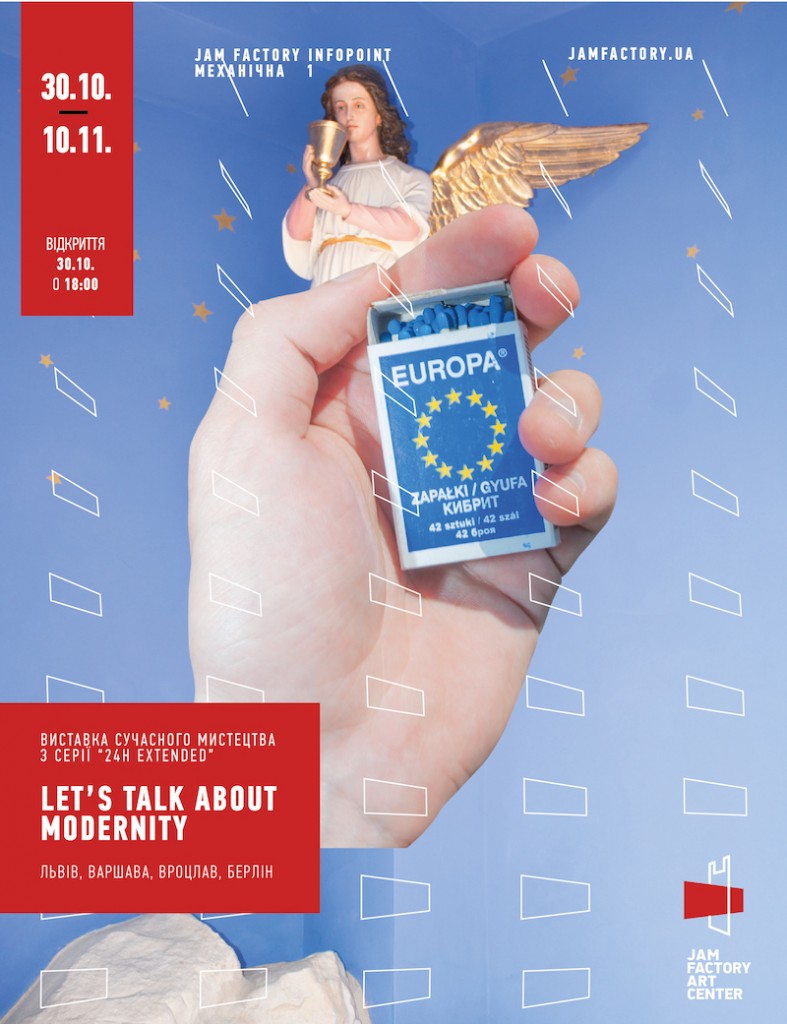 The exhibition relates, as it has been already mentioned in the title – Let’s Talk About Modernity – to the Avantgarde and idea of Modernism in Europe, and its first beginning in the 20th century.
Since last three years in Europe Avantgarde and Modernism has became a subject of intense interest, because of a centenary for many revolutionary movements. 1917 is seen as the beginning of Polish Avantgarde. In 1918 Kasimir Malevich finished the „Suprematist Composition: White on White“, painting which embodied the idea of the Suprematist in its highest and purest form. In 1919 Walther Gropius opened the Bauhaus, an innovating arts & crafts school, which thought in a way, which today we describe as “holistic”, developing not only they manual skills but also new attitude toward seeing art, society and the after-the-war-world.
All these events and the atmosphere of celebration could be seen as a perfect moment for a reflection of the heritage of the Avantgarde and Modernism and see how contemporary artists deal with it.

The history of Lviv’s Avantgarde gives exhibition an interesting background and brings more attention to this part of the European story, which usually stays unmentioned.
The history of the `artes` group and the Lviv representative avant-garde artists remain a little-known page of Ukrainian art. The group was developed in Lviv in 1929, following the return of young and radically placed Lviv artists after studying at Fernan Leger’s Modern Art Academy and at other European workers. The association included all different communities of Lviv – Poles,  Jews and Ukrainians its emergence and activity were related with world`s art centres – firstly with Paris. The group included: Jerzy Janisz, Ludwik Lille, Roman and Margit Selsky (the only one who stayed in Lviv after the war), Henryk Streng, Alexander Kszywoblotsky, Pavel Kovzhun, Tadeusz Wojciechowski and others. The history and group of ‘artes’ is now a common cultural heritage of Ukraine and Poland.
All of the artists invited to the exhibition explore different aspects of the Modernist heritage. Taking it as a departure point and common background, their works represent different routes taken by different aspects of the modernist art – it’s subjects, language, modes of operating. The common heritage is also an occasion to reflect on contemporary conditions, as seen from different perspectives.

Works by Polish, Ukrainian and Berlin-based artists, presented in this project, are showing two main aspects of how we see ideas of Avantgarde and Modernism today. First reflects of how those ideas are taken and reinterpreted by young and middle generation of creators. In the exhibition two various positions will meet and get into an artistic dialogue. There are art works, which refer directly to the heritage, or to its myth. Others uses Modernism and Avantgarde as general conceptual approach and an attitude to see and interpret our reality.

This position becomes next aspect of the show: the condition of contemporary reality – the approach (so far) of the route started by the modernist revolution and the experiments undertaken by the artists of that time. In the exhibition the younger artists seem to draw a large, undoubted inspiration, but their conclusions and observations seem to be far less optimistic. Yet, one of the key modernist postulates – the international, common language of communication – proves to have taken life, as seen in the dialogue of works of different artists from our region.

One of the parallel conditions is the  to the when the first modernists created, is that we are living in the early period of a number of new, digital media. Just as the modernist artists explored the capabilities and results of cinema and photography, the artists featured in the exhibition present different attitudes to the digital realm – from a critical approach of post-photopgraphy, to playful usage of online video sharing and manipulation of the digital-native generation, and nostalgia for errors and their poetics. Just as the cinema, sinisterly named as most important of the arts, was about to forge the 20th century, a hundred years later the net and digital media are about to create the coming future.

The exhibition opening will take place on October, 30, at 6 PM, at the Jam Factory Infopoint (1, Mekhanichna Str., Lviv, Ukraine).

It will include performance by Jos McKain (USA-Germany). Artists and curators will take part in the opening of the project and tell more about the conception of the project. Exposition includes installations and movies.

The exhibition will be available for the visitors from October, 30, till November, 10.
The curator’s guided tour will take place on November, 2, at 4 PM. 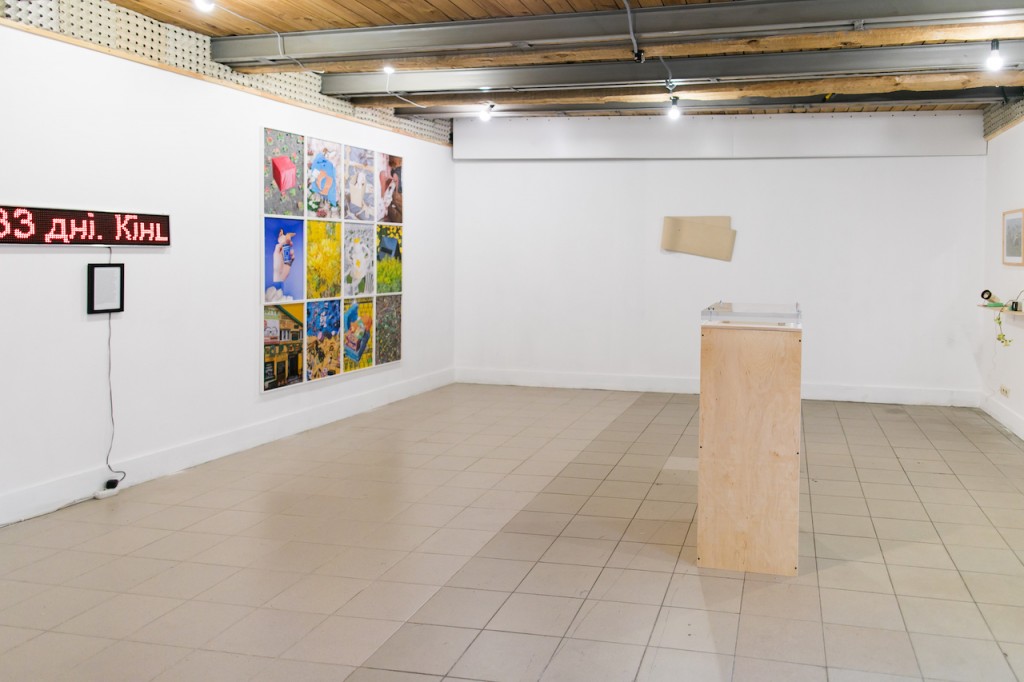 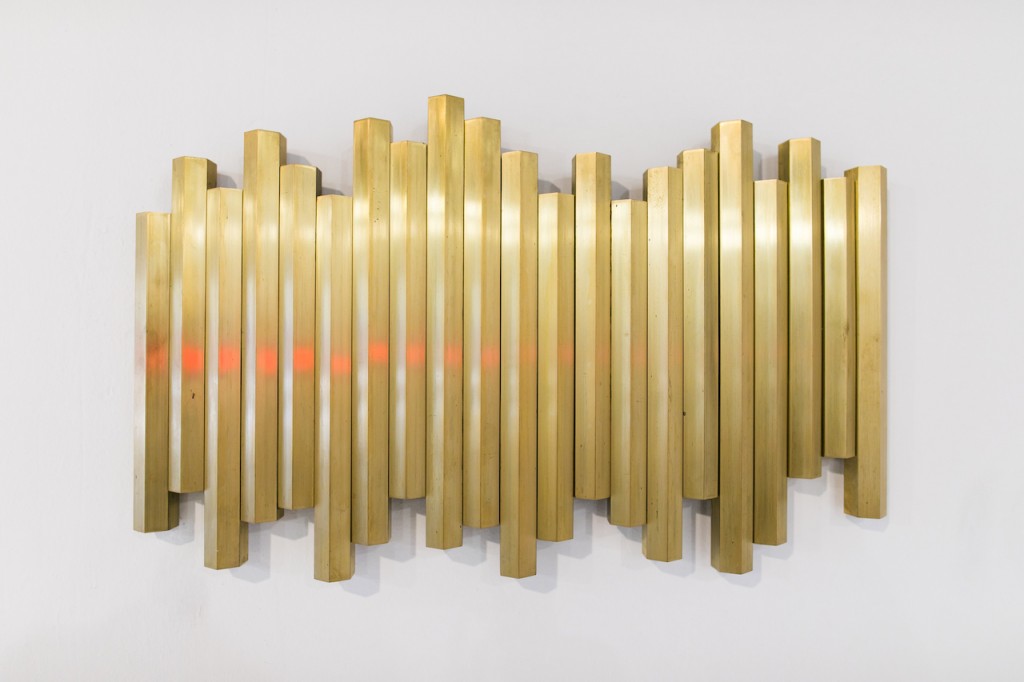 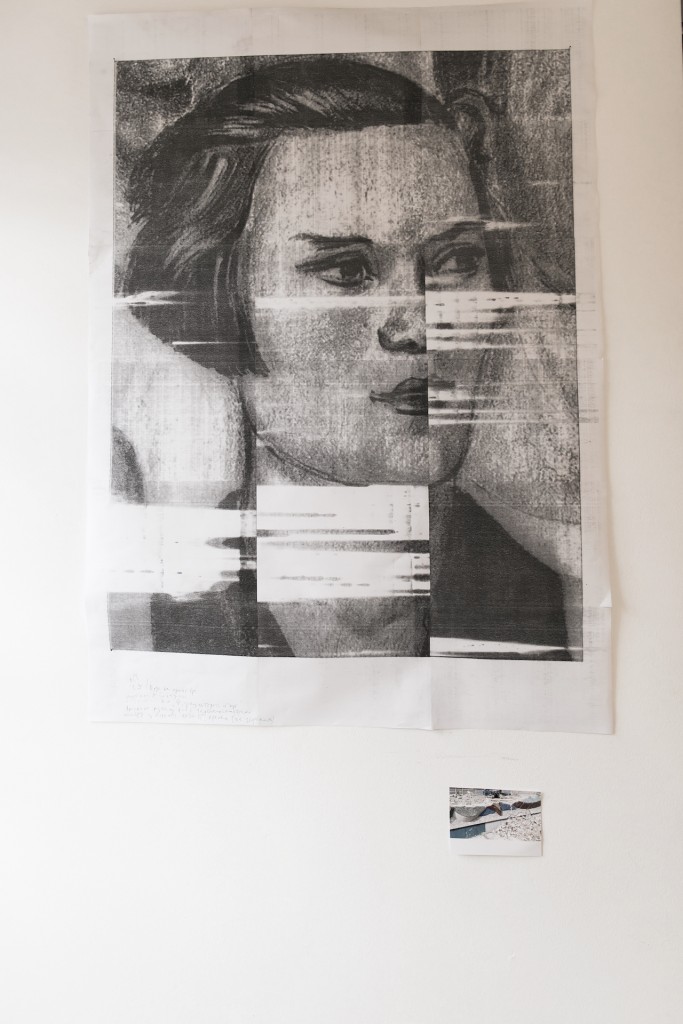 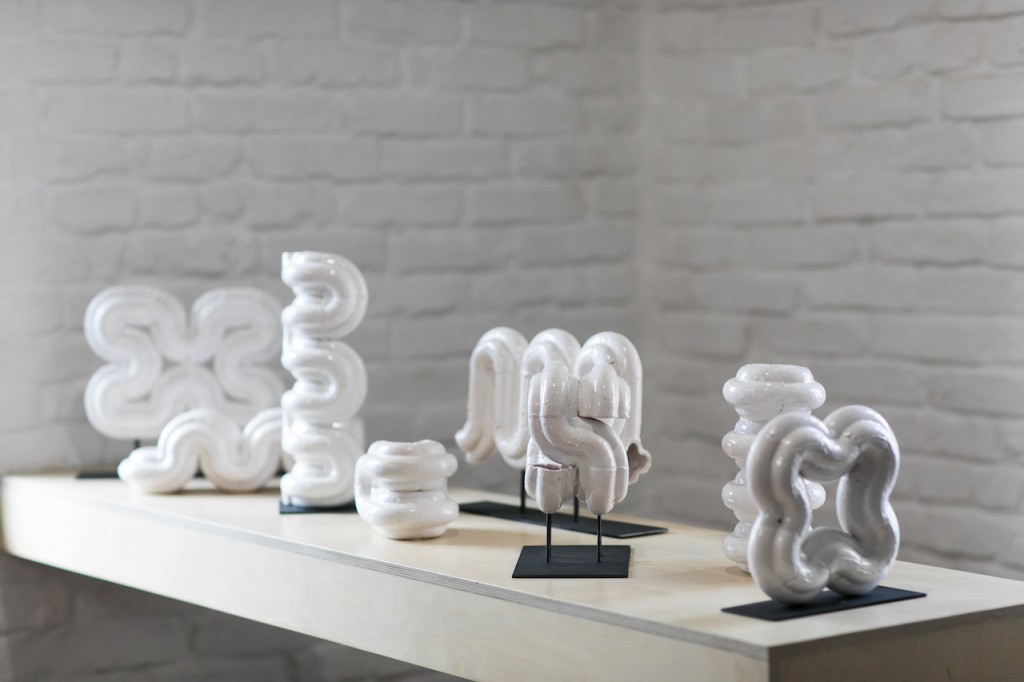 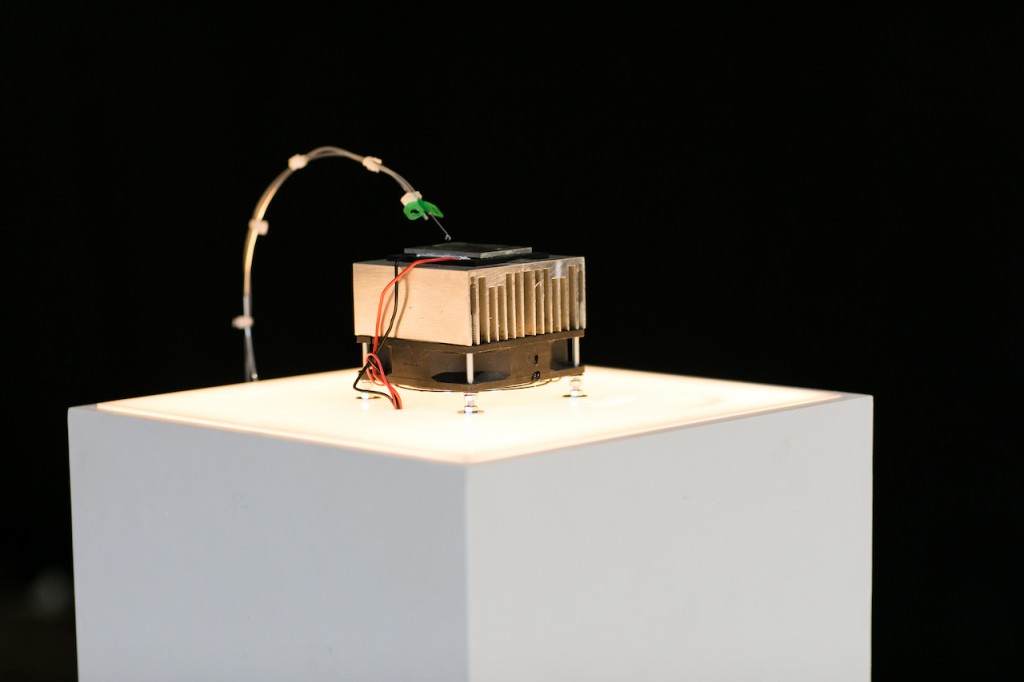 With the financial support of the Harald Binder Culture Enterprises.

The project is financed by the Ministry of Culture and National Heritage as part of the Multiannual Programme NIEPODLEGŁA 2017-2022 within the framework of the Adam Mickiewicz Institute subsidy programme “Cultural Bridges”.