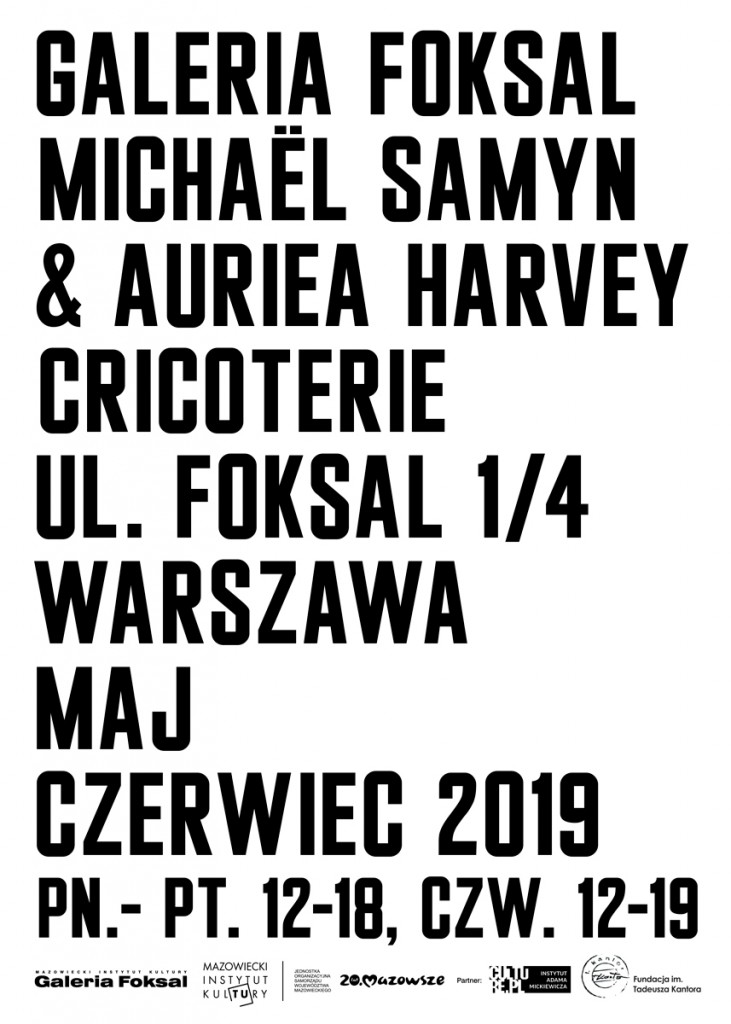 Auriea Harvey and Michaël Samyn met over the Internet, back when that still meant something (in 1999). They designed websites and created net art under the label Entropy8Zuper! Later, renamed to Tale of Tales, turned to creating and using video games as a media and exploring their artistic potential.

In the last years their artistic practice is focused on utilising the artistic capabilities of Virtual Reality, 3d designing, scanning and printing.

In Cricoterie, they have created a VR simulation, using elements of Tadeusz Kantor’s theatre, which enables to test the possibilities and characteristics of this technology and phenomenon. The artists are interested both in the status and autonomy of objects and figures in VR, and in overlapping areas of virtual and physical reality. Interactivity, one of it’s key features, adds a performative aspect to it.

The work was created as a result of a residency in Tadeusz Kantor House in Hucisko, in cooperation with Tadeusz Kantor Foundation. It is a coproduction with the Adam Mickiewicz Institute and is supported by the Flanders Audiovisual Fund.

Cricoterie is a work that creates a virtual space for free action, exploration and play. Lacking a clear goal, the experience evokes a dark atmosphere yet not without a comical aspect. In this aesthetics, taken from the works of Tadeusz Kantor not without a reason, Michaël Samyn and Auriea Harvey put the viewer-user in the position of a creator on a stage. But at the same time they are questioning the characteristic of the virtual reality. The new, updateg version of Cricoterie, will feature surprising references to modern reality, which are broadening the scope of available images and language in the application.

The artists are interested in the inevitable intersecting of the virtual and physical space. Using VR involves using your own body (probably the most of the digitally mediated experiences). While in googles, you’re moving in the physical space as well. Each of the experiences iterations, instances, is different – the VR is happening only when there’s a person using it.

Relation between the two spaces is arbitrarily set by the programme creator – it is conventional. Most of the VR experiences are set to create the deepest possible state of ‘immersion’ (user getting convinced that the VR space is real) – an illusion of reality and forgetting that we’ve left our physical body in the real space. This is also why they are trying to hide this convention – your hand for instance, has the same length as in physical world, even though it could have any other. But this come against the experiences expected and learned though our lives.

For the creators of Cricoterie it is more interesting to check how the illusion works works, than to polish it up. The moments where the created illusion comes across an error, jams and glitches – could be as interesting as the mechanisms at their proper work. The system is so complicated that not all the possible actions and effects can be planned and controlled by the creators – users can come across or discover new ones.

The status of the objects and characters that we meet in the VR is clear as well. In Cricoterie there are objects and mannequins – created to imitate people. In VR all characters are mannequins though, even it’s role is a ‘living’ person, it is an element of scenography. Looking at the sad faces of the ones created by Michaël Samyn & Auriea Harvey we may feel that the artists pity them for being suspeneded in this non-existance. 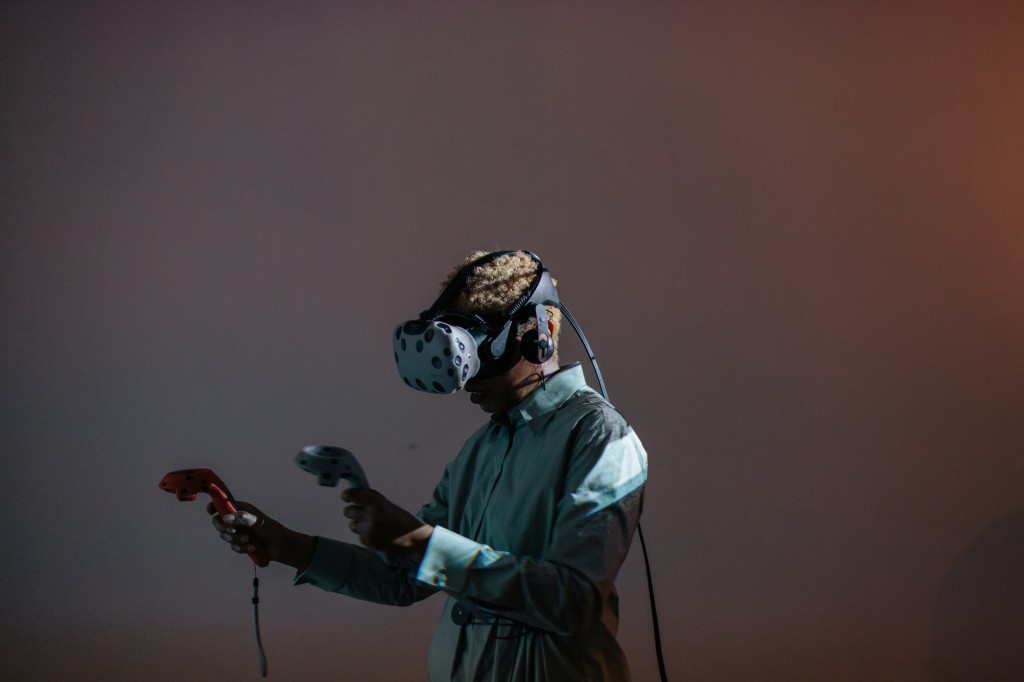 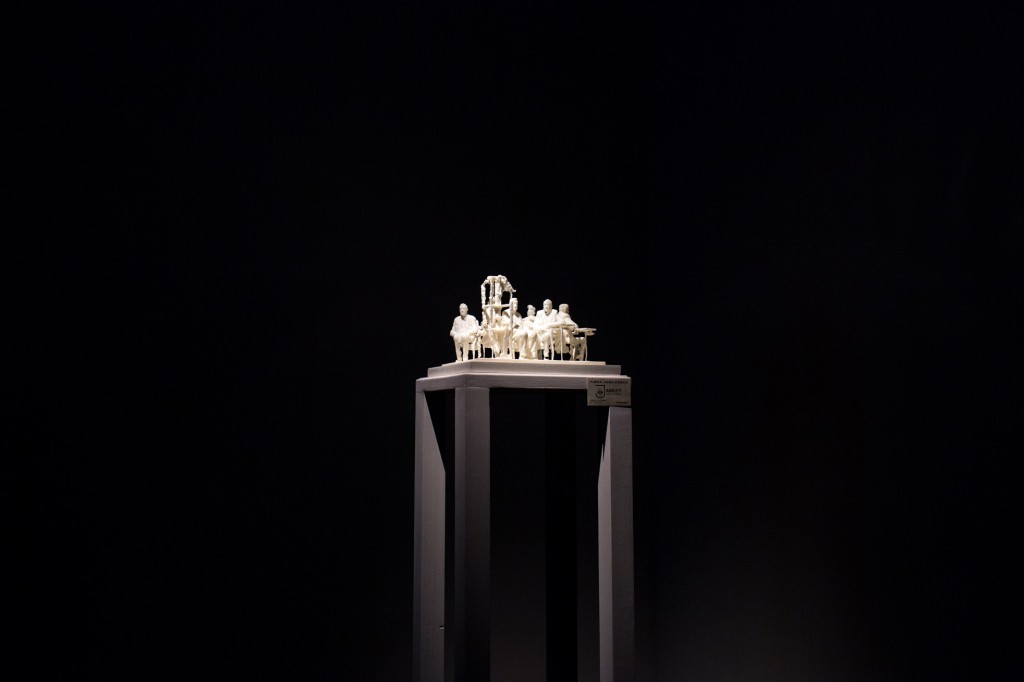 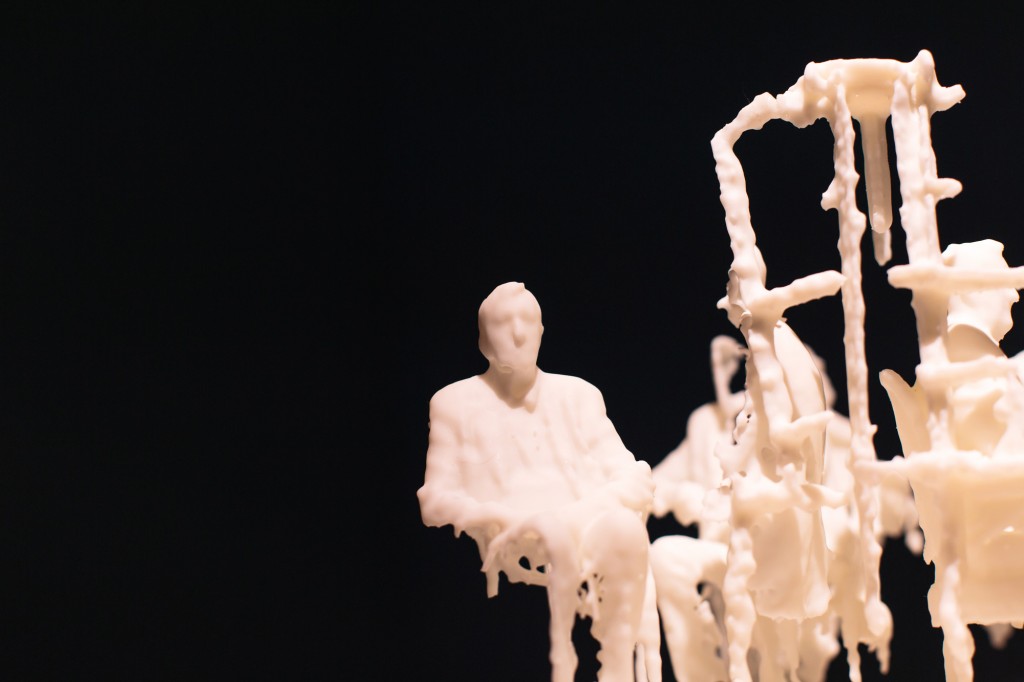 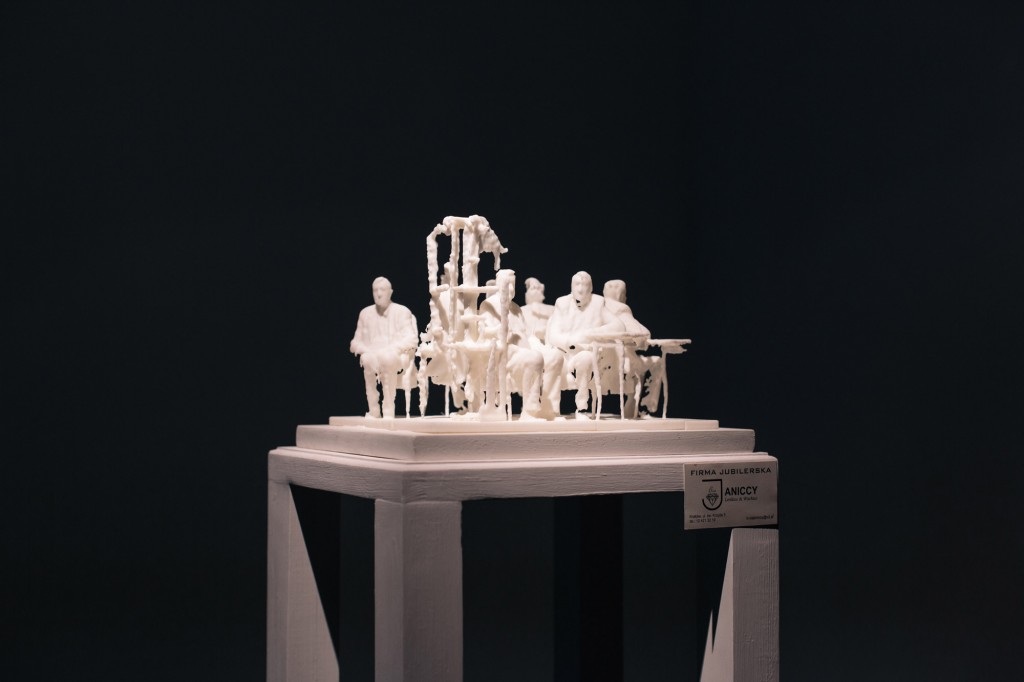 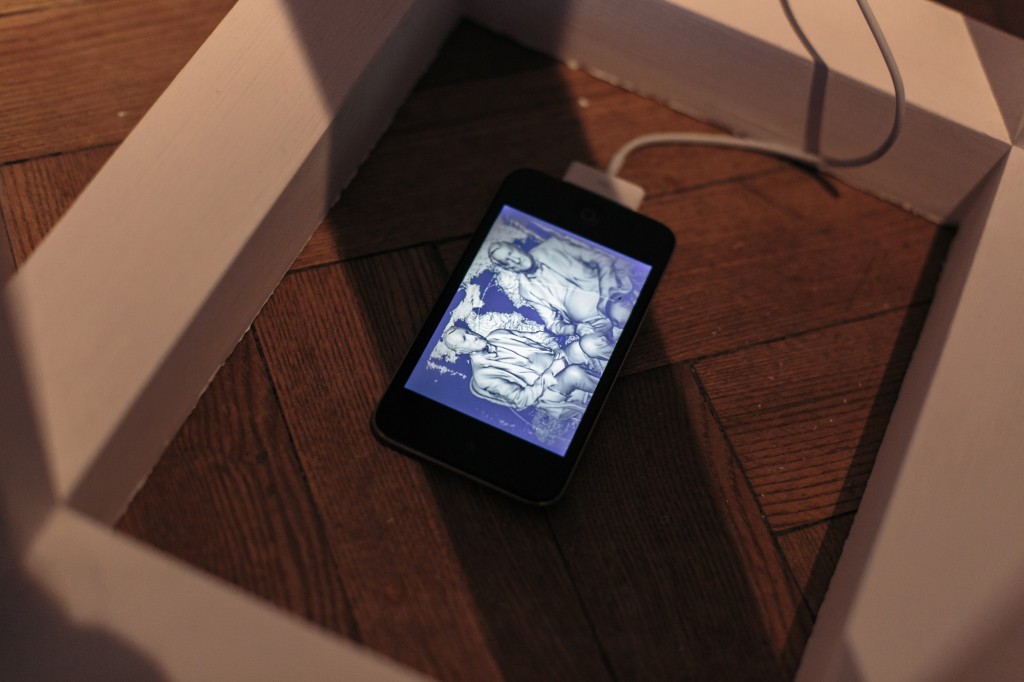 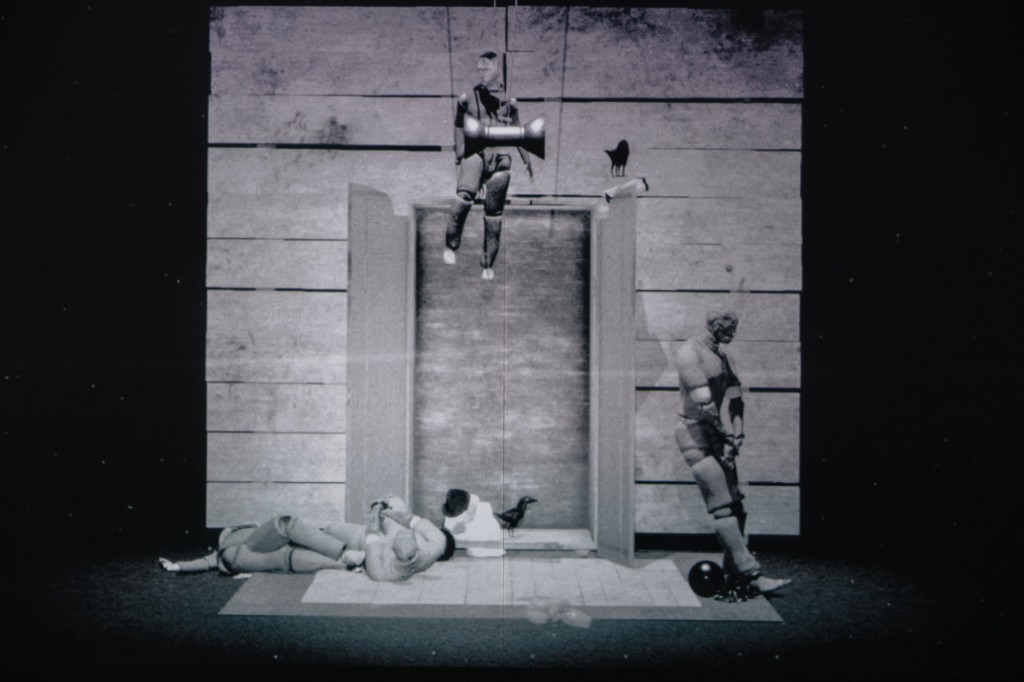 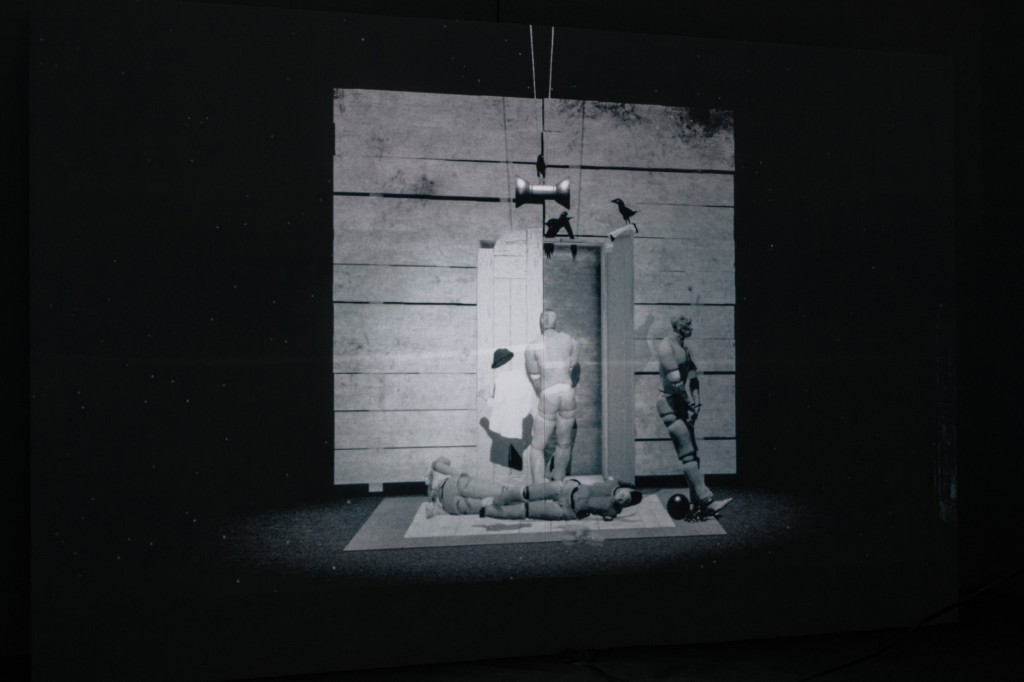 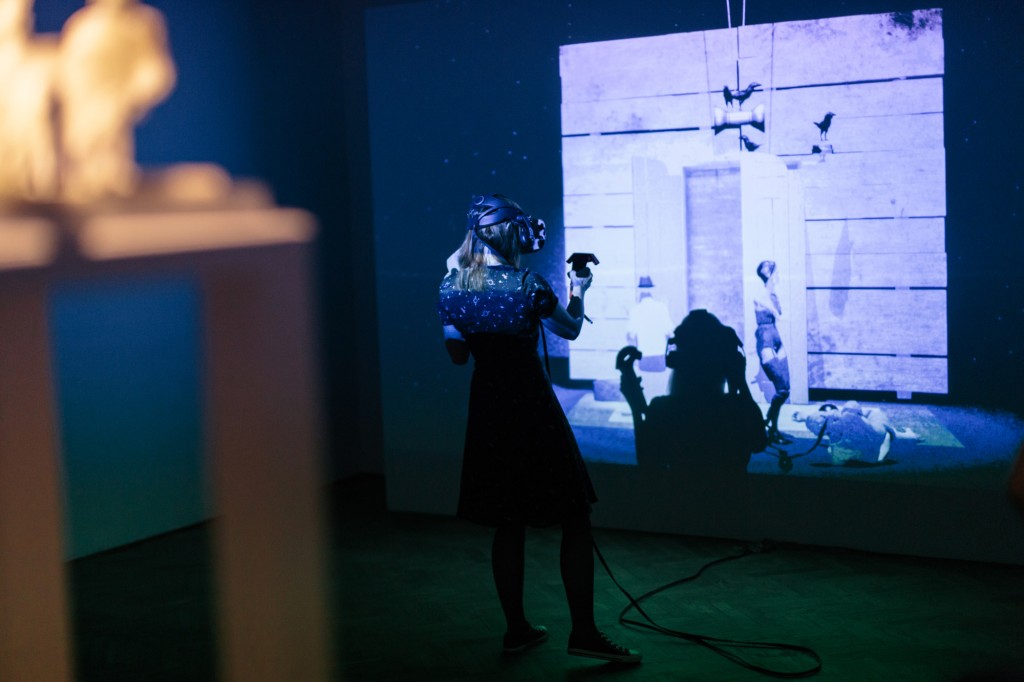 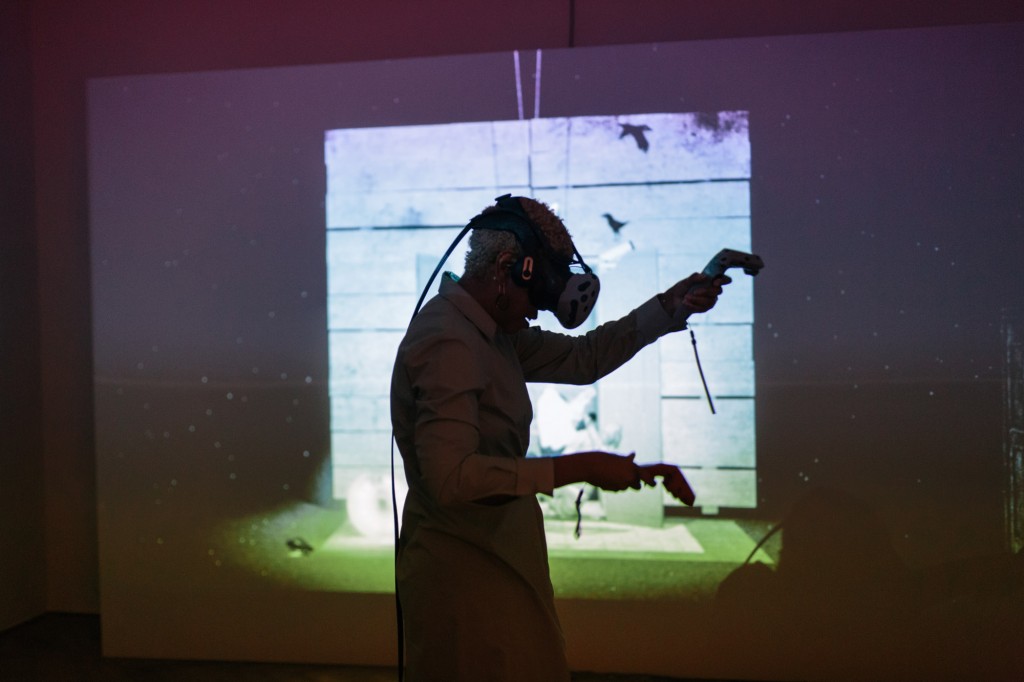 @wearetaleoftales are leaving Warsaw but the exhibition is on view at @galeria_foksal till 7th of June It was such a great pleasure to have you here and work together! #Repost @wearetaleoftales ・・・ Saying goodbye, with our favorite feature. When two or more of the same character meet, they clone themselves eventually. If you don’t stop it, you might end up with an out of control replication event (which we really should give a name to) Objects and characters we added in this new version which had no basis on Kantor’s theater were our own modern “horrors”: the Prisoner in Chains, Security Cameras to watch your every move, the Jeff Koons Balloon Dog, the Amazon Box, the Starbucks Cup, a Murder of Crows to harass everything, a lifesized American Reaper Drone, fully armed, which you can try to control with a joystick that appears, and the Pregnant Muslim Woman – who must be the European nightmare considering the outcome of the elections last week. 🙄 So let her replicate freely! #theaterofdeath @wearetaleoftales Thanks forever to @galeria_foksal, @culture_pl and @kantorfoundation for everything.